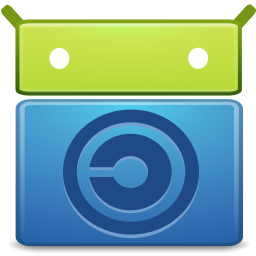 F-Droid has already been introduced with my article on Android Markets: How safe are alternative sources? more than two years ago and recommended in Android without Google: Where do I get my apps now? a good year later. With my Unofficial (and incomplete) list of F-Droid repositories1 I’ve told you it’s possible to use third-party repositories with the F-Droid app, and which I know there are available.

Now, the „IzzyOnDroid F-Droid Repo“ is one of those third-party repositories. But it’s also more.

The Apps in the Repo

As of this writing, my repo offers more than 350 apps. That’s about a quarter the size of the official F-Droid repo. The repo’s Info page gives you some background details on what the repo is intended for, what apps it holds and how they get there. As an abstract: 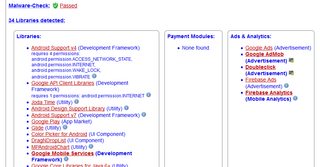 With the repo added to your F-Droid client, you see the usual details on each app: its icon, name, description, related links, permissions, whether it has some AntiFeatures and, if so, which. But visiting the web interface, you will see additional details:

For most libraries, an info-icon is available. Clicking on that gives you a short explanation what the library is about.2 If such a library is known to be intrusive to your privacy, you will see a monitor-icon instead – and clicking that will bring you to a page with some background info. This is the same page you might already know from IzzyOnDroid’s App Listings.

As with the F-Droid main repo, there’s also a link provided to directly download the .apk file for up to three versions of the app.

The web interface also allows you to filter the app list by different criteria such as category and license, have it only show the apps updated within a given time frame or being recently added. You also can search for keywords contained in the summary or description of apps.3

Support for other Repos

Starting with January 2018, you now can use the web interface to dig into some other selected repositories, picked from the already mentioned list.4 Most of the above functionality applies here as well: you can filter, search and view the app details. But as the .apk files are on other servers, you won’t find details on malware check (will always show „pending“) or libraries used in the app (this block will be missing entirely). Still an enhancement, as most of the other repositories do not give you those filter or search options.

I hope I was able to give you a short but interesting tour through my little repository and show you its potential. If you have any issues using it, suggestions for improvements, or know a good free-and-open-source (FOSS) app to include: be welcome to contact me. Best, as mentioned, by filing an issue at GitLab. As all that (except for GitLab, of course) runs on my own private resources and is maintained in my spare time, also consider to take a look at possibilities to say thanks if you like my work. Hint: money isn’t everything

But now: Enjoy the collection of FOSS apps provided!