Select media from file explorer or album instead of camera.

SelectMedia allows you to select media from file explorer or album instead of using system camera application.

This application is designed to allow users to freely choose which photo uploads they have taken while using the App which has to be called "System Camera" for "Live Shot".

Since there is no home screen, it does not appear on the launcher, but this option will appear whenever there is a calling screen that invokes the camera (remember to clear default setting first).

At present only the WeChat web page calls the camera did a test, it can be used elsewhere in theory, welcome feedback if there is a problem.

Important note: this app does not support Android 11 due to system security changes. 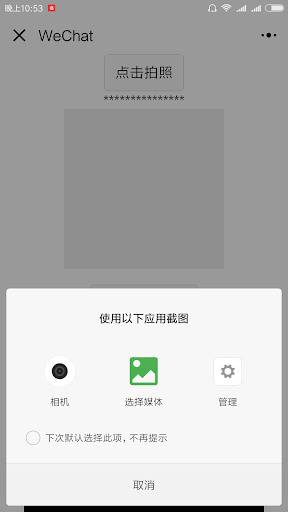 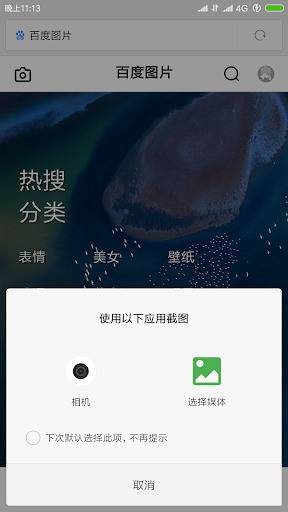